“In the beginning of a change, the patriot is a scarce man, brave, hated, and scorned. When his cause succeeds however, the timid join him, for then it costs nothing to be a patriot.” ~ Mark Twain 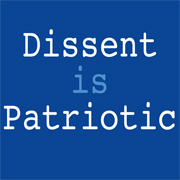 You know, I don’t often speak out in regards to what are often perceived as social injustices, but this seems like a proper time to do so, maybe because I feel so passionately about the direction I see our country taking in regards to foreign and domestic policies.

I served my country. I was a member of our military forces, and I served with pride and distinction. I served more than others, less than some, and I do not pretend to have sacrificed of myself in the same way that those in combat have. But I do feel that I have perspective.

I do not regret having served during a time when I believed that the causes that we were fighting for were just. But we are not always right. And I don’t think what we are right now. Our country is run largely by career politicians who do not give two shits about you, me, or the world we live in. We have a citizenry being brainwashed to believe that simply because we protest, we are not patriotic. We are led to believe that because we choose to protest our government, we are damning its citizens and our troops.

[tweetshare tweet=”Our country is run largely by career politicians who do not give two shits about you, me, or the world we live in.” username=”e_revolutionist”]

Personally, I have a great deal of respect for those who choose to defend our country. But I have a great deal of disrespect for a government who turns a blind eye to the fallout associated with sending our troops into conflict for causes that are essentially self-serving, without a means to defend themselves, and without a support system in place when they return home.

I have a great deal of disrespect for local, state, and federal governments who fail to see the injustices served upon citizens of our country simply because of their skin color or their choice of religion. When did it become okay for rogue officers to take the law into their own hands? When did it become okay to openly and passionately discriminate against an entire race because of the actions of a relatively small percentage of radicals? Or has it always been this way in the United States?

Do we truly believe that when calling out the behavior of one, we are condemning an entire lot? As a society, I suspect many are comfortable with the idea of deporting an entire population of Muslims because of the actions of a few. Yet we bristle when one officer is condemned, for fear of bringing shame to an entire force. It is for the sake of the majority that we must single out the one.

Frankly, I’m ashamed. And I’m angry. I’m also proud that one man recently decided to protest these injustices by protesting at least the symbol of what our country is supposed to stand for. Our soldiers serve to give everyone the right to peacefully protest in the manner that suits them, not one that suits the majority or one that the majority finds least offensive. No one has the right to tell us when and where and how we choose to protest our government. And don’t you dare tell me that I am less of a patriot because I dare to stand up to a government that is slowly but ever so surely becoming corrupt.

[tweetshare tweet=”No one has the right to tell us when and where and how we choose to protest our government.” username=”e_revolutionist”]

The historian and playwright, Howard Zinn, (who served during the second world war) said that “there is no flag large enough to cover the shame of killing innocent people.” Many innocent people are dying and the shame belongs to each of us. Perhaps that is why I feel I must speak out.

This site uses Akismet to reduce spam. Learn how your comment data is processed.